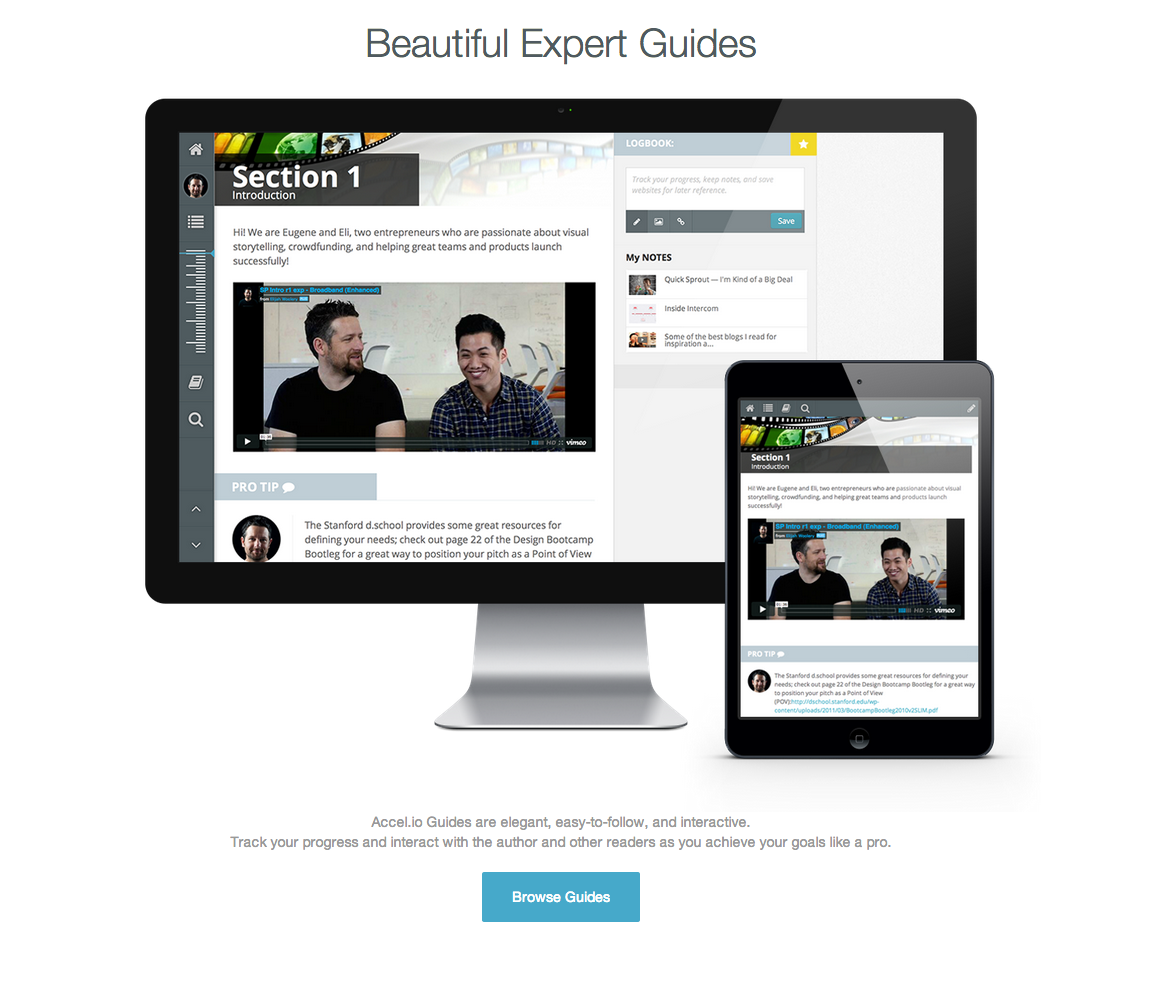 So this is just a quick update to let everyone know that the 6x6x6 project is still alive (or at least, not dead yet), because so many of you have been asking (OK, maybe just a few people…well, my mom at least).

I recently finished up my latest project, as the co-author of a guide to help people create crowdfunding videos on the cheap. It is currently being published on the Guides.co network (thrilled to be in the company of authors like Steve Blank), and I’m excited that it was originally featured on their landing page, as shown above.

One thing that has caused a delay in writing about this was taking on a coaching role at Stanford for their senior Product Design series during the spring quarter. I’ve truly enjoyed but this (and hope to continue in the fall), but it did eat into my 6hr time each month, so I’m catching up now and will write more about the process soon. For now, check out the site, and if you’re interested in the guide send me a note, I have a few free access tokens to give away.

Also, I was excited to have James Altucher upvote my original 6x6x6 blog post which I reposted on Quora; quite an honor as he was one of the inspirations for starting this project.